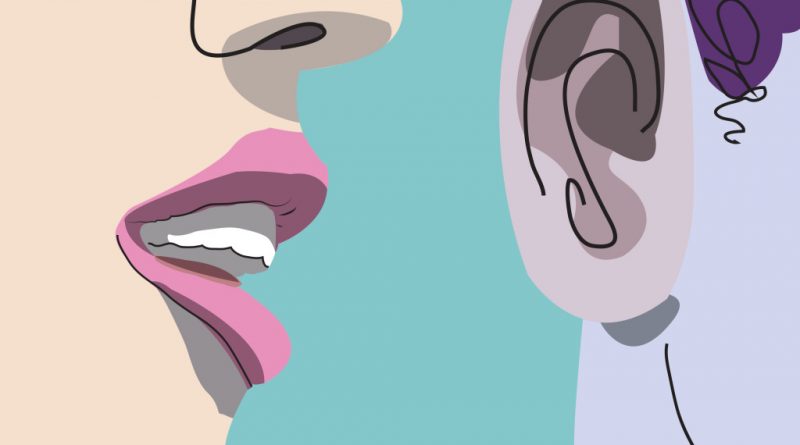 Here’s a new one: spreading rumors can apparently get you laid. A new paper published in Evolutionary Psychological Science claims gossip is not only an integral element of the human existence, but that it plays a massive role in determining who we sleep with.

According to researchers, gossip can be used as a gauge upon which we eliminate potential mates from the competition that is having sex with us. Gossip, researchers say, provides a efficient (if not always accurate) way of learning more about potential mates. That’s not revelatory, but what is is that we’re so finely tuned to accepting gossip, we don’t realize just how much it influences our interactions with others. Lead author Adam Davis, PhD, explains its weight by saying gossip is “a highly evolved social skill essential for interpersonal relationships, rather than a flaw of character.”

After studying the gossip habits of nearly 300 heterosexual students between ages 17 and 30—the demographic that is most competitive when seeking mates—researchers determined gossip to not be solely a hobby, but a legtimate tool used by people to rank competition. People who experience “intersexual competition,” or feeling competitive around a member of the same sex when seeking an opposite sex mate, were most likely to gossip and thought doing so was okay. Divided among the sexes, women were more likely to gossip than men; however, what they gossiped about varied. Women were more likely to talk about a person’s appearance. Men, however, talk about money and athletitcism.

Researchers say their aim is to point out that gossiping is a normal part of human relationships and deserves to be reconsidered by therapists, counselors, educators and the general public as not a vice, but an important social skill. For example, they say women who tend to gossip about each other’s appearance may reflect “an adaptation to increase their value [over others]” around men.